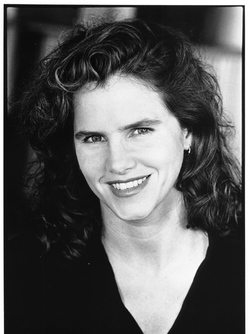 Mary Kelly Rayel graduated from Ithaca College with a B.A. in Theater. Having been fascinated with Ringling Bros. Barnum and Bailey Clown College as a youth, she decided to apply. She was one of 8 women and 31 men to be accepted that year for the class of 1990. This experience was life changing, starting a lifelong career with Circus arts. For the last 20 years, she has been performing and instructing Circus skills and aerial acrobatics.

Mary Kelly worked for Club Med for three years as a Circus instructor, eventually becoming the second female Chief of Circus. In addition to teaching Flying Trapeze to adults, she put on full circus shows with 200+ kids during peak times. The belief that regular people can learn and enjoy Circus skills was at the core of the program there, helping to shape the programs of today.

After leaving Club Med, Mary Kelly toured for two years with Ringling Bros. Barnum and Bailey Circus performing on the Flying Trapeze. With other aerial acrobatic acts, she has performed in Puerto Rico, Mexico, and all over the southern US.

Moving back to her native Bucks Co., PA home in 1998, she began teaching gymnastics, from Preschool to coaching the Competitive Team. She continued to teach Flying Trapeze for various camps, events, and organizations